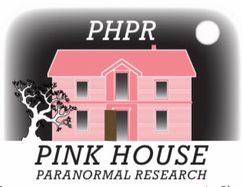 The investigation at Nevada City was a pre investigation tour, where we go to town with multiple haunted locations and check them out to see what’s worth doing a full investigation on. Some of the places we visited are the Round Room, The National Exchange Hotel, Nevada County Hospital, Stonehouse Brewery, and the Holbrook Hotel. Out of every place we visited, our investigators felt that only the Holbrook Hotel, The National Exchange and The Nevada County Hospital had struck them as being haunted. That’s not to say the other locations were not haunted, just that our team didn’t get the feeling they were worth booking an investigation for. On the Nevada City tour, our team got several EVP’s, with an especially good one at the hospital. That one was in answer to a question from our investigator. The hospital felt like there were several spirits there, whether by choice or not we were not able to determine. This is one location our team is very eager to do a full-scale investigation on if the county will permit us to. The proprietor from the Nevada City Inn, where the team stayed overnight, told our team that they have experienced paranormal activity there but did not go into detail. The room was rated at 3.5 stars for the hotel itself. Our team stopped briefly at both the Holbrook Hotel and the National Exchange Hotel but will have to review the equipment they used to know what they got, besides a couple of EVP’s, if they got anything else. The team went to the IOOF Cemetery, which dates to 1827 and although it was old, it seemed very peaceful, and no spirits made their presence known to them. The team also took the Haunted Tour of Nevada City with Mark Lyons. Although they found it interesting, it did not allow them to actually do any investigating, so they concluded tours were not worth the money because it doesn’t allow them to do their job. At the Round House, where a cult leader by the name of Anton LaVey, was the founder of the Church of Satan. It is rumored that there were live sacrifices held there among other teachings by the satanic leader. The team felt they could not make any calls to whether the Round Room was haunted or not, since there were multiple cell phone and communication towers less than 100 feet from the location. The magnetic field reading pegged the K2 in a huge area there, which included the Round House. The team felt it was an unhealthy level of electro-magnetism. They also felt that the towers interfered with anything else that happened, so they settled at saying the area is too contaminated by the towers to be able to say any evidence captured was not contaminated. Not to mention, the Round Room and the road that leads to it is on private property, and the people there are quick to come and escort you off the premises. It is clearly posted and the people there were very upfront when they said no one, unless they had been invited by the owner, was allowed on the property. We will be reviewing and re reviewing the evidence we did get in Nevada City and will post anything we captured on the website, although we are fairly certain we only captured a couple of EVP’s